Christopher Hitchens on the Tea Party

Pithy and illuminating.
Posted by quedula at 20:00 2 comments:


"Causing offence is now a crime in several European Countries"
Posted by quedula at 09:36 No comments:

Why Celebrate Darwin Day? from American Humanist Association on Vimeo.

Quote of the day

"The word god is for me nothing more than the expression and product of human weaknesses, the Bible a collection of honourable, but still primitive legends which are nevertheless pretty childish. No interpretation no matter how subtle can change this."

Interchange on an Idahoan blog

This interchange resulted from a post entitled "The sins of the parents" which discussed  how the relevant biblical texts should be interpreted for modern life. I am reproducing only some of the ensuing comments.

quedula said...
Mollo, Do you not find it strange that God, when vouchsafing the Bible to a few middle-eastern primitive tribes, chose to leave out the Chinese, among others, who were leading highly civilised lives at the time?
January 25, 2011 1:07 AM
Anonymous said...
It's not strange at all Quedula. The bible is all over the globe. The power of the cross and the message it brings is foolishness to those who will perish. You are too self absorbed. Try looking at the big picture.
January 25, 2011 5:13 PM
quedula said...
Ok Anonymous @5.13PM. Here's looking at the bigger picture. Homo sapiens had existed on the earth for at least 100,000 years before the god of the bible decided to make a belated appearance to a limited audience of nomadic goat-herders. This made absolutely no impression on the rest of the planet at the time. Civilisations rose & fell and knowledge and philosophy flourished independently of biblical texts. Even since then, and notwithstanding the 19th.C boom in christian missions, the vast majority of all those who have ever lived have resorted to other sources of morality.
January 26, 2011 6:52 AM

Anonymous said...
Oh my Gosh. That is a real eyeopener for me into what makes you click. Your religion is your science. Your faith is in something that can change in a moment. Sorry, I forgot to mention this is meant for Quedula. Here is where you and I disagree Quedula. You are at the mercy of whatevever story they have decided to go with on that day. There will come a time when things spin out of control. What comfort will your science offer then?
January 26, 2011 4:08 PM
I think I will leave it at that!
Posted by quedula at 08:04 3 comments:

"The God Who Wasn't There"


Has any well-known religious apologist ever received an equivalent collection of diatribes from sceptics, atheists, humanists etc.? It seems very unlikely. We would surely have heard about them by now.

"Its not about separation of church and state. Its about the need to separate ignorant, scientifically illiterate people from the ranks of teachers."
Posted by quedula at 13:35 1 comment:

The culpability of parents

Religion is a giant confidence trick played by parents on their children, or by other infected adults on those of an insecure or otherwise susceptible nature. It has to be like that. It is only with the immature, uncritical, or suggestible mind that a trick based on a preposterous fantasy would have any chance of success.

Universe not fine-tuned for life

If "God" had wanted to maximise the chance of the Universe producing life he would have made the cosmological constant slightly negative, not positive as in fact it is.

Evidence Emerges That Laws of Physics Are Not Fine-Tuned For Life.
Posted by quedula at 07:00 2 comments:

Gun-related deaths among US children.

Reproduced below is an ongoing (perhaps) conversation I am having on an American blog. I start by quoting a statement made on the blog in defence of the 2nd Amendment:-

"The Founding Fathers decided it was wiser to make sure that the good folk could freely have access to the means of self-protection, even if it meant that a few nut bars would slip through the cracks."

But the Founding Fathers lived in a different world. Supposing they could have forseen that, several hundred years later 80 Americans would die from gun violence every day (Coalition to Stop Gun Violence): that the rate of firearm deaths among kids under age 15 would be almost 12 times higher in the United States than in 25 other industrialized countries combined; and that American kids are 16 times more likely to be murdered with a gun, 11 times more likely to commit suicide with a gun, and nine times more likely to die from a firearm accident than children in 25 other industrialized countries combined (Centers for Disease Control)? ~ quedula

Quedula, the founding fathers would probably be more alarmed at the number of children killed accidentally in shootings because the perp was completely unable to hit what he/she aimed at. I would think that they would immediately require remedial firearm safety and marksmanship classes to be taught in schools since so many of the modern parents are completely remiss in this.
The founding fathers would no doubt be more concerned about accidental drownings than by firearm discharge since it is several orders of magnitude higher. Guess swimming pool ownership should be banned because it is very dangerous. In their day, if children were going to drown, they had to fall in the well or a pond or a river.
What about deaths by automobile accident? Traveling in an automobile is very dangerous, and people are more likely to meet their death by automobile than by firearm. Guess we should ban those for safety, too. I'm fairly sure that getting trampled by livestock was a fairly common cause of death for children back in the day, too, so maybe the founding fathers wouldn't be too concerned about the automobile accidents because they're probably safer than the horses and wagons they replaced. ~ Swampie


Swampie, if child automobile deaths and swimming pool deaths were 12 times higher in the USA than in 25 other industrialised countries combined I would certainly suggest that you should be doing something about it. Don't forget adults have a vote and an element of choice, children don't. They have to live, or die, in the world provided for them. ~ quedula
Posted by quedula at 18:34 2 comments:

Ruminations on US Gun Control

On the subject of the US gun debate, I recently came across this statement on an American blog:-

"The Founding Fathers decided it was wiser to make sure that the good folk could freely have access to the means of self-protection, even if it meant that a few nut bars would slip through the cracks."
Notice that the writer, for the sake of defending his blinkered point-of-view, is choosing to assume that the problem of guns in the US is limited to their possession by the unbalanced or mentally-ill in Society. He chose not to add, although it would have been equally valid, "and even if it meant that, 200 years after the Founding Fathers, 80 people per day would have to die as a result of the 2nd Amendment."

But many Americans seem to hold the 2nd Amendment in the same regard as an article of religious faith and  continue to defend it with similar, irrational fervour whatever the consequences. Even when they are fully apprised of the grim statistics they attempt justification by saying, "Well this is our business, we have exercised our choice through the democratic process and are prepared to live, or die, with the consequences." But they are surely not entitled to make that choice on behalf of the non-voting section of society, namely, their children. In America 8 children are shot to death every day. The rate of firearm deaths among kids under age 15 is almost 12 times higher in the United States than in 25 other industrialized countries combined. (Centers for Disease Control and Prevention). American kids are 16 times more likely to be murdered with a gun, 11 times more likely to commit suicide with a gun, and nine times more likely to die from a firearm accident than children in 25 other industrialized countries combined. (Centers for Disease Control).

The Founding Fathers lived in very different times when the population was a 75th of today's 300 million, life was brutish and short and physical dangers were in a whole different ball-park to the perils of modern American life, many of which, to the outsider, appear to be a consequence of widespread gun ownership.  However wise they may have been in 1787, the Founding Fathers were not clairvoyant but, had they been able to see 200+ years into the future,  is it not  likely they would have been at least wise enough to have added some circumstantial provisos to the 2nd Amendment?
Posted by quedula at 16:08 2 comments:

Can Christianity be rescued from the US lunatic right?

Message to the Teabaggers

I thought a conspiracy theory would emerge eventually:-
"Jared Lee Loughner, the suspected gunman in Saturday's Arizona shooting, attended a high school that is part of a network in which teachers are trained and provided resources by a liberal group founded by Weatherman terrorist Bill Ayers and funded by President Obama, WND has learned.
The group, Small Schools Workshop, has been led by a former top communist activist who is an associate of Ayers.
Obama provided the group with funds in the 1990s when he worked at an education reform group alongside Ayers.
Loughner attended Mountain View High School, which is part of Arizona's Marana Unified School District.
What kind of resources and training were provided ?
Any chance this is motivation to redirect blame to the Tea Party?"
See Rural Revolution: "Its all our fault".
Posted by quedula at 08:30 No comments:


This video relates to the previous two posts. You need to watch it right to the end. Very pertinent.
Posted by quedula at 18:56 7 comments:

No doubt that, as I write, the apologists of the National Rifle Association are already polishing the usual press releases; but the prime causes of the Tucson shooting are surely beyond debate.

In the 21st century, well over 100 years from the last days of the "Wild West", the yet prevailing culture of gunworship in the USA enabled an unbalanced, troubled young man to easily acquire a gun, and, furthermore, feel encouraged and licensed to use it by the atmosphere of hatred, bigotry and prejudice spread like a crimson plague by the ranting of the extreme Right. 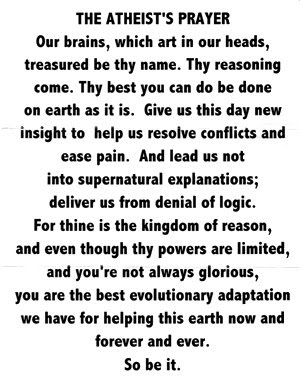 The Islamist threat is to Muslims as well as the West

The One True god