Peter Millican on the KCA


Peter Millican is Gilbert Ryle Fellow and Professor of Philosophy at Hertford College, University of Oxford. His primary interests include the philosophy of David Hume, philosophy of religion, philosophy of language, epistemology, and moral philosophy.

(Interesting side-note
In 2008 and 2009 some Republican commentators advanced claims that US President Barack Obama's autobiography, Dreams from My Father was written or ghost-written by Bill Ayers. In a series of articles in American Thinker and WorldNetDaily, author Jack Cashill claimed that his own analysis of the book showed Ayers' writing style, and backed this up citing analyses by American researchers using Millican's Signature software. In late October 2008, shortly before the US Presidential election, US Congressman Chris Cannon and his brother-in-law attempted to hire Millican to prove Ayers' authorship using computer analysis. Millican refused after they would not assure him in advance that his results would be published regardless of the outcome.After some analysis Millican later criticized the claim, saying variously that he had "found no evidence for Cashill's ghostwriting hypothesis", that it was "unlikely"and that he felt "totally confident that it is false".)

Awkward questions for Theists - No.6

If in 100 billion years the Universe is cold, dark, lifeless what would this say about God? Is this his boredom limit? Was this the only cosmology model that would produce beings "in his image"? Or did he just get the fine-tuning slightly wrong?

Supplementary question:- Is a God that can be bored, constrained in his creative abilities or error prone still a God?

Awkward questions for Theists - No.5
Posted by quedula at 08:40 No comments:

The ongoing irritation at the BBC's exclusion of secular voices from The Thought for the Day slot has spurred one the previous presidents of the National Secular Society, David Tribe, to sponsor a prize of £250 for the best secular Thought for the Day.

Email ThisBlogThis!Share to TwitterShare to FacebookShare to Pinterest
Labels: secularism, Thought for the Day

'Silence in the House of God'

The film explores the charged issue of pedophilia in the Catholic Church, following a trail from the first known protest against clerical sexual abuse in the United States and all way to the Vatican.
Posted by quedula at 07:30 No comments:

Awkward questions for Theists - No.5

How are the rites of Mass or the Eucharist and various other religious practices distinguishable from those of witchcraft or voodoo?

Awkward questions for theists - No.4

Catholics, do your priests believe that by confessing their sins they will still get into heaven? Or are they really just as sceptical about the stuff they preach as those they condemn for atheism?

Awkward questions for Theists - No.3

How do theists cope with the idea that they will never NOT exist?

My feelings as a Christian points me to my Lord and Savior as a fighter. It points me to the man who once in loneliness, surrounded only by a few followers, recognized these Jews for what they were and summoned men to fight against them and who, God's truth! was greatest not as a sufferer but as a fighter. In boundless love as a Christian and as a man I read through the passage which tells us how the Lord at last rose in His might and seized the scourge to drive out of the Temple the brood of vipers and adders. How terrific was His fight for the world against the Jewish poison. To-day, after two thousand years, with deepest emotion I recognize more profoundly than ever before in the fact that it was for this that He had to shed His blood upon the Cross. As a Christian I have no duty to allow myself to be cheated, but I have the duty to be a fighter for truth and justice.... And if there is anything which could demonstrate that we are acting rightly it is the distress that daily grows. For as a Christian I have also a duty to my own people.... When I go out in the morning and see these men standing in their queues and look into their pinched faces, then I believe I would be no Christian, but a very devil if I felt no pity for them, if I did not, as did our Lord two thousand years ago, turn against those by whom to-day this poor people is plundered and exploited.

Awkward questions for Theists - No.2

Awkward questions for Theists - No.1 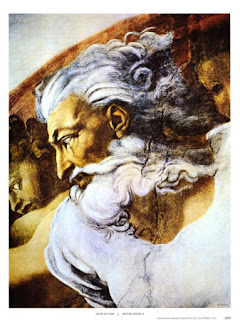 A sceptic's guide to religious belief in the 21st Century

God is an omnipotent, omniscient, omnipresent being that created the Universe in a Big Bang about 13.7 billion years ago. We know this for certain because God specially created us so that we could say so. However God didn't need us to say so until about 13,695 billion years after the Big Bang; so he either carefully tuned the Big Bang initial conditions or, once having set things in motion, he dropped by every few billion years, firstly tweaking cosmological evolution to produce the Earth, and then biological evolution on Earth itself. God exists outside time and space yet manages to intervene in time & space. This is said to be "moving in mysterious ways".

God, existing outside time & space, is of course invisible and undetectable yet we know at least something about him because it is said we were created "in his image". This doesn't mean we look like him, (don't be silly) so the fact that he is male needn't cause us females too much angst, especially as he is invisible.. Maybe it just means we think like him. Even so, perhaps as existence was boring,  he also made us so we would sometimes think naughty thoughts and do naughty things, and he knew all along that we would. He also wanted us to know that he, being God is much godlier, even infinitely godlier, than us and would therefore be forgiving us for all our naughties since he made us like that.

God signalled his forgiveness in a way that is rather difficult to understand. One first needs to know that God is composed of 3 parts (but definitely not a tribunal. that's a real no-no; this is strictly a Monotheistic religion we are talking about here). To make sure there is no confusion we call God a "Trinity" and the three parts are known as "God the Father"; "God the Daughter"; whoops, sorry "God the Son", and God the Holy Ghost.

That having been established we can get back to God's scheme for forgiveness. By means we needn't go into here, (save that it involves the Holy Ghost and even some Christians have doubts about its veracity,) the God Trinity decides ( I assume it was a joint decision) that the Son bit should appear on Earth as a man called Jesus. On Earth in a backward, illiterate corner of the Middle East, his chief occupation would be wandering about telling everyone how wonderful God was, how they should behave, and throwing in the odd miracle to get attention. Being God he already knew of course that that would greatly annoy the existing religious hierarchy and ruling power and  would eventually get him horribly tortured and crucified to death. This however was all part of the Godly plan. By sacrificing himself to himself he apparently atoned for all the sins he knew the human race were going to commit from when he made them half a million years previously into the indefinite future. We are so lucky!

To absolutely clinch matters he got up from his tomb a few days later and walked about a bit before ascending finally into Heaven in a bright light. This greatly impressed his groupies who went on wandering about for years stirring up trouble until a later Roman Emperor for the sake of a quiet life decided to humour them. And the rest is real history.
Posted by quedula at 10:21 No comments: 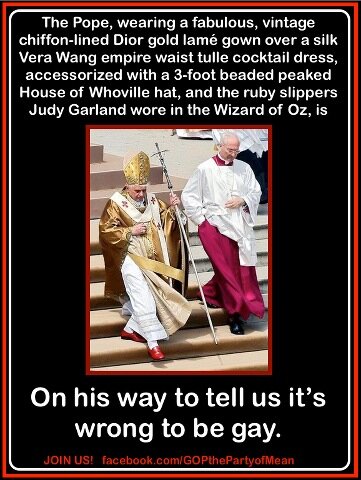 Awkward questions for Theists - No.1

Theists, what do you really know about your "God" other than that which has been passed down to you from the collective ancestral imagination and become nurtured by your own?

Any short pithy 'awkward questions' welcome. Please email to quedula@gmail.com
Posted by quedula at 08:13 No comments: