Interviews - "Do you believe the Bible is true?"

This is wonderfully funny.
Posted by quedula at 19:21 2 comments:

. . . and neither is sarcasm, being disbelieved or laughed at. Good video. The BBC Radio 4 programme he is referring to was "The World tonight" on 26th August.
Posted by quedula at 07:41 1 comment:

The Church of England

I went to a CofE primary school and it was pretty ineffectual as regards indoctrinating me into Christianity. The CofE is senile and relatively harmless and I used to think it was worth tolerating for its quaint historical link with our culture & constitution. The problem arises that in modern, anything-goes, England it has opened the door to alien, militant religions who are committed to exploiting ruthlessly any opportunity for recruiting to the ranks of unreason.
Posted by quedula at 11:40 2 comments:

What Obama Got Wrong About the Mosque

What Obama Got Wrong About the Mosque by Sam Harris

"Should a 15-story mosque and Islamic cultural center be built two blocks from the site of the worst jihadist atrocity in living memory? Put this way, the question nearly answers itself. This is not to say, however, that I think we should prevent our fellow citizens from building “the ground zero mosque.” There is probably no legal basis to do so in any case—nor should there be. But the margin between what is legal and what is desirable, or even decent, leaves room for many projects that well-intentioned people might still find offensive. If you can raise the requisite $100 million, you might also build a shrine to Satan on this spot, complete with the names of all the non-believing victims of 9/11 destined to suffer for eternity in Hell. You could also build an Institute of “9/11 Truth,” catering to the credulity, masochism, and paranoia of the 16 percent of Americans who imagine that the World Trade Center was intentionally demolished by agents of the U.S. government. Incidentally, any shrine to conspiracy thinking should probably also contain a mosque, along with a list of the 4,000 Jews who suspiciously declined to practice their usury in the Twin Towers on the day of the attack.
Posted by quedula at 17:12 1 comment: 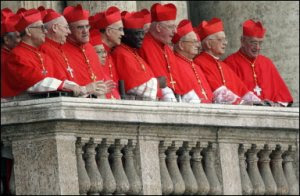 . . . not suggesting they are all pedophiles, simply referring to the dangers inherent in the irrational & superstitious belief system their lives are dedicated to representing and propagating.
Posted by quedula at 20:59 No comments:

An excellent article by Jonathan Hari is worth reading in full but here are a few tasters below:-

The upper echelons of the Church of England (I choose this particular branch of christianity because it is the one with which I am most familiar) appear always to be populated with men of some intelligence and learning (allbeit somewhat restricted in scope) and because the Church is established they often occupy positions of some power and influence.

How do they justify these positions, the lives they have chosen or, if simply drifted into, justify continuing along the same path? In short, how do they manage to live with themselves?

I was mildy indoctrinated with religious beliefs as a child and can remember making some childish efforts to embrace them. I rationalised that Jesus probably did live, was probably a pretty good guy, and consequently, that Christianity was a 'good thing', something one could pay lip service to. By the time I was in my teens however I had come to suspect that the whole Bible was a motley collection of myths and superstitions; and that prayer, collective worship and religious ritual was pretty meaningless and only of  value in any beneficial effect it had for the individual participant.

Do religious leaders simply shut such thoughts from their minds? Or have they, by a process they never seem to reveal, rationalised them out of existence? Are men (and women) of learning and intelligence happy and fulfilled wearing funny hats and bejewelled robes and drawing pictures in the air? Or have they simply settled for the pragmatic argument that they are serving the emotional needs of the gullible, believing public; and the question of whether their activities are of any significance at all to the deity they claim to represent, can be put aside?
Posted by quedula at 15:06 No comments:

The Intellectuals Against the Pope,... And Justice...

Julián Arévalo B.: The Intellectuals Against the Pope,... And Justice...: "Next September, in the midst of a series of scandals that has surrounded the Catholic church over the last months, Benedict XVI will visit t..."
Posted by quedula at 04:22 No comments:

A Look at Papal Kitsch 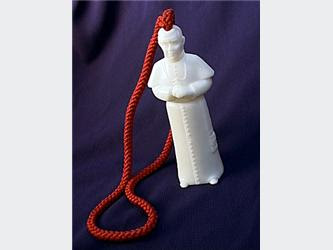 "The arc of history bends towards justice"

Hitch on Atheism & the Afterlife 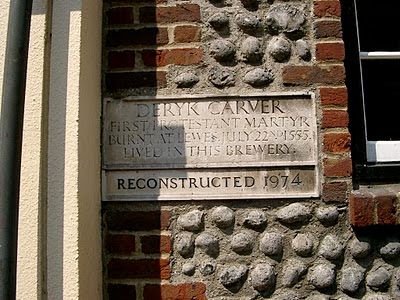 Black Lion Street, Brighton, England. In the name of religious "truth" Catholics were, in the past, wont to burn people to death by tying them to a stake in the middle of a large bonfire. Presumably, as their modern counterparts do not aspire to this activity, they now regard it as mistaken.
I wonder why? Would it be because they have re-interpreted their divine instructions or received new ones? Or is it maybe that they have simply been influenced by grass-roots growth of humane values? Did they follow or lead? If it was reliance on humane values that caused them to abandon burnings, should they also not refer to those same values in matters of homosexuality, contraception and abortion?
Posted by quedula at 17:26 No comments: