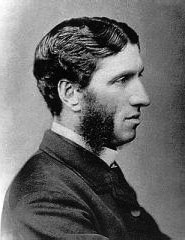 The Sea of Faith
Was once, too, at the full, and round earth's shore
Lay like the folds of a bright girdle furl'd.
But now I only hear
Its melancholy, long, withdrawing roar,
Retreating, to the breath
Of the night-wind, down the vast edges drear
And naked shingles of the world.

"The word 'God' is used in most cases as by no means a term of science or exact knowledge, but a term of poetry and eloquence, a term thrown out, so to speak, as a not fully grasped object of the speaker's consciousness — a literary term, in short; and mankind mean different things by it as their consciousness differs." 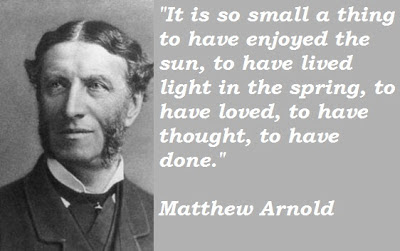 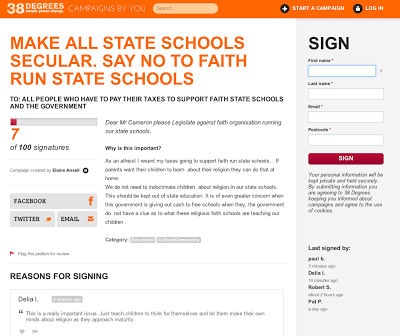 This is a really important issue. We should just teach children to think for themselves and let them make their own minds about religion as they approach maturity.

Email ThisBlogThis!Share to TwitterShare to FacebookShare to Pinterest
Labels: humour 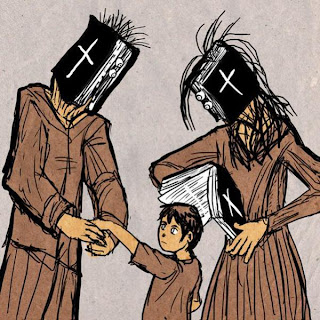 "Biblehead" is a very apt name for a particular type of religious nutter that atheist bloggers will be very familiar with. They use the bible as a substitute for rational thought, and have convinced themselves that a crushing response to sceptics is provided by quoting lengthy tracts, often with little relevance to the subject under discussion. They simultaneously seem have blinded themselves of the provenance of the bible; of its long, long history of oral transmisson, translation, editing, selection, so that, whatever the literary merits of the modern version they happen to be familiar with, it  bears little resemblance to whatever Moses thought God had said or to what Jesus himself said, if he existed, and that is by no means certain

The bible is simply a distillation mostly by 'chinese-whispers' of  the myths and superstitions of nomadic bronze-age goatherds who lived short, fear-ridden, violent lives, that bibleheads have indoctrinated themselves to believe has some relevance to the modern era. Any good that has come out of it has been filtered out by the developing humanity and rationality of the intervening generations.

So having a book handed to you with the explanation that it contains everything you need to know is very comforting, allowing you to believe that you are far more in control of your scary world than you would be otherwise. It's delusional, but for most people not being hit by lightning, or succumbing to infectious diseases, or being killed by natural disasters, there is no reason to believe otherwise. And those exceptions, well, they can be rationalized away too, simply by referring to this book.

With such a handy dandy guide to life, you really don't need to even think about or acknowledge your real ignorance.

A long but very rewarding debate.
Posted by quedula at 16:40 No comments:

What greater impediment to our spiritual growth than the institutional church and its reverence for authority and stultifying dogmas? Religion transforms the flowering of humanity into a pathology. It demonizes our natural curiosity as wayward and heretical. It represses human sexuality into perversion and pornography. It censors our dreams and creative aspirations as blasphemy.

Religion fills each generation with the poisonous doctrine that it is born evil, and it teaches that unless we redeem ourselves through unwavering compliance to the patriarch stand-ins for a fictional deity, we will be punished by torture for eternity.

Religion degrades and shackles the spirit in the name of saving it. It replaces community with dominion, science with superstition, philosophy with scripture, and art with rules. It redefines morality as conformity to authority. It would have us live ever prostrate before goblins it plants in the mind.
~ Jeff Mincey
Posted by quedula at 19:03 2 comments:


"All the parts of the world that don't have violence don't have news cameras pointing at them."

The Better Angels of Our Nature: A History of Violence and Humanity