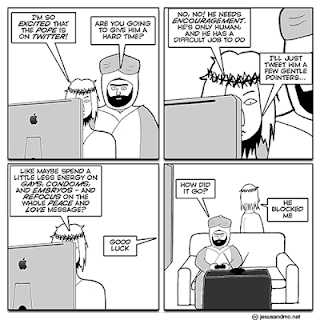 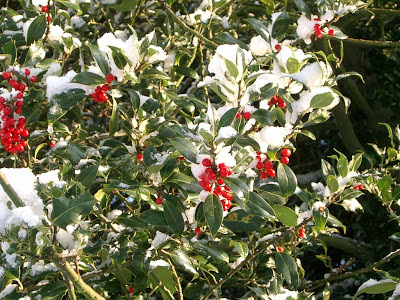 The Druids believed that the sun never deserted the holly tree even at the winter solstice. The start of the Celtic Samhain was marked by the departure of both the Earth goddess and the Oak Lord. This left Herne and the Holly Lord to rule over the winter. People decorated their dwellings with branches of holly and other evergreens during the winter in the belief that woodland spirits could find indoor shelter in the greenery during the coldest part of the year. This vegetation was kept inside until Imbole (early in February) when the Earth Goddess returned and life began to spring anew.
~ Patrick Harding, The Xmas Files 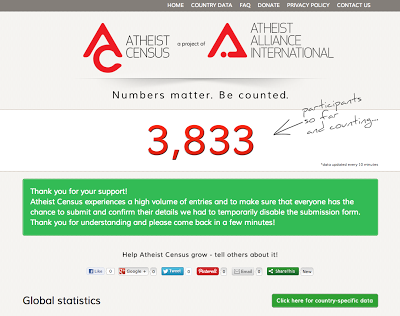 Atheist Alliance International (AAI) is pleased to announce the launch of Atheist Census at www.atheistcensus.com.  With the slogan ‘Numbers Matter. Be Counted.’ Atheist Census is a global project to count and capture a snapshot of the world’s atheists.  The census records people’s preferred title (e.g. atheist, rationalist, humanist, freethinker, etc.), religious background, education level, age, gender identity and country.
Help AAI demonstrate the atheist presence around the world!  Please contribute to Atheist Census and spread the word to your secular friends – “like” Atheist Census on Facebook, tweet about it, distribute it through any social media channel you use!  And be sure to check out the Atheist Census video on YouTube.
Please note that entries in Atheist Census are not personally identifiable. AAI take the issue of data security and privacy seriously, and Atheist Census’ privacy policy can be found here.
AAI is raising funds to help cover the cost of developing and running Atheist Census.  You can make a donation to help launch this project here http://www.atheistcensus.com/donate/- any amount you can donate will be greatly appreciated.
Posted by quedula at 17:23 No comments: 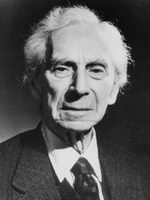 In his article "Is there a God?" Bertrand Russell said:-

"If I were to suggest that between the Earth and Mars there is a china teapot revolving about the sun in an elliptical orbit, nobody would be able to disprove my assertion provided I were careful to add that the teapot is too small to be revealed even by our most powerful telescopes. But if I were to go on to say that, since my assertion cannot be disproved, it is an intolerable presumption on the part of human reason to doubt it, I should rightly be thought to be talking nonsense. If, however, the existence of such a teapot were affirmed in ancient books, taught as the sacred truth every Sunday, and instilled into the minds of children at school, hesitation to believe in its existence would become a mark of eccentricity and entitle the doubter to the attentions of the psychiatrist in an enlightened age or of the Inquisitor in an earlier time."


This was in answer to those theists who claim the burden is on atheists to prove the non-existence of their deity rather than on theists to prove his existence. This is notwithstanding that theists are fond of claiming their god is ineffable, mysterious, indefinable, beyond the human mind to understand. We would, in fact, be on much safer ground in searching for the elusive teapot. We know what a teapot looks like; its size, its material, its approximate weight. Scientists and engineers could, no doubt, if pushed, design a teapot scanner which, in operation over an indefinite length of time, push the probabililty that there is no orbiting teapot nearer & nearer to certainty.
Posted by quedula at 08:36 1 comment:

Quick proof there is no God