The "Protest the Pope" march.

Photographs of the protest march that took place on 18th September 2010 during Ratzinger's visit to the UK. Estimates of up to 20,000 people are said to have attended and the route through central London from Hyde Park Corner to Downing Street via Piccadilly Circus and Trafalgar Square brought traffic to a standstill for several hours. However the march seemed to provoke no negative reactions, indeed many bystanders clapped and otherwise showed their approval. 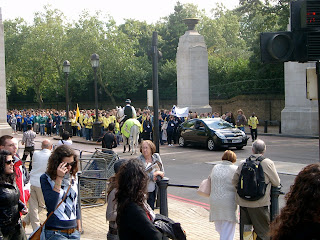 A small rival march of Catholic youth up Constitution Hill was accompanied by two police horses. 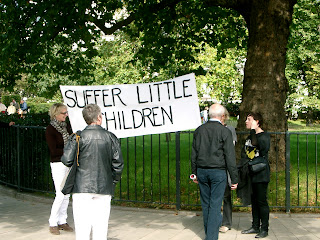 The reference here is to children born, already suffering from AIDS, into poor third-world families, as a direct result of the Vatican's ban on birth control. 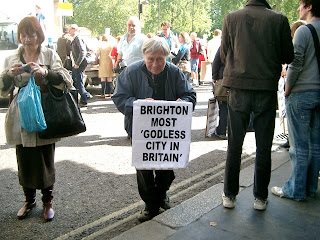 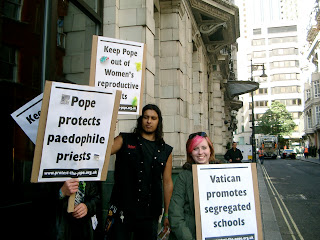 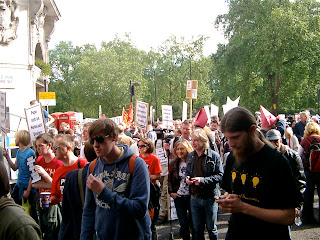 Waiting to start in Piccadilly 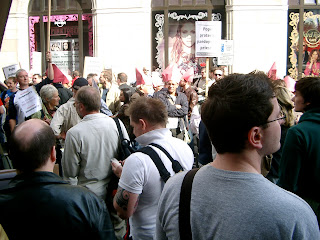 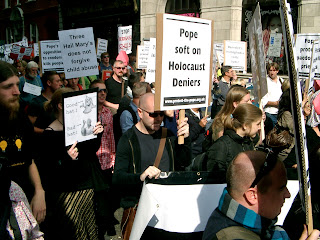 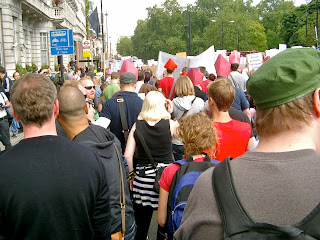 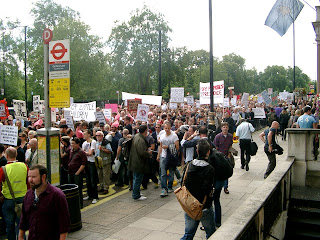 The march underway. Looking back. 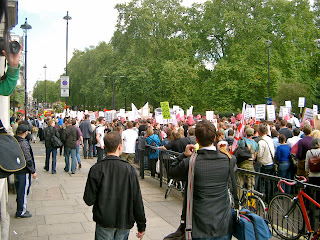 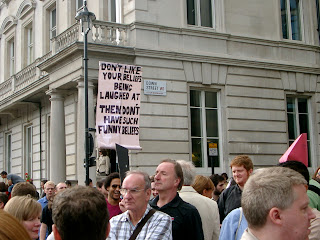 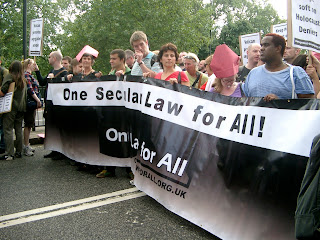 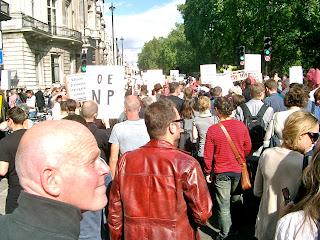 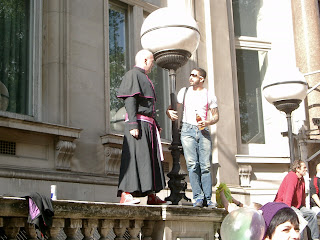 Some people will do anything to get noticed.
Even dress up as a priest! 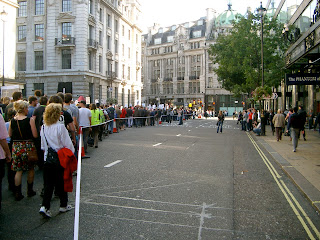 Haymarket, just past Piccadilly.
As the head of the march was reaching Piccadilly  the end was just leaving Hyde Park Corner, a distance of nearly a mile. 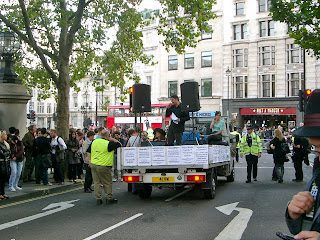 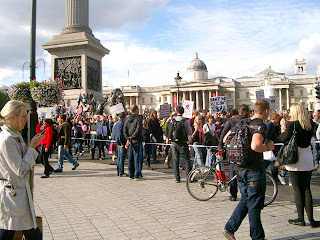 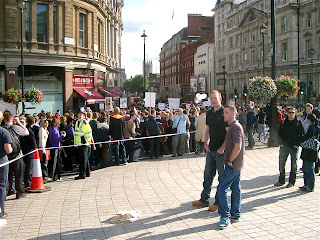 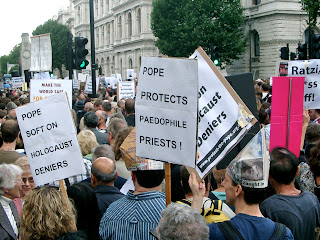