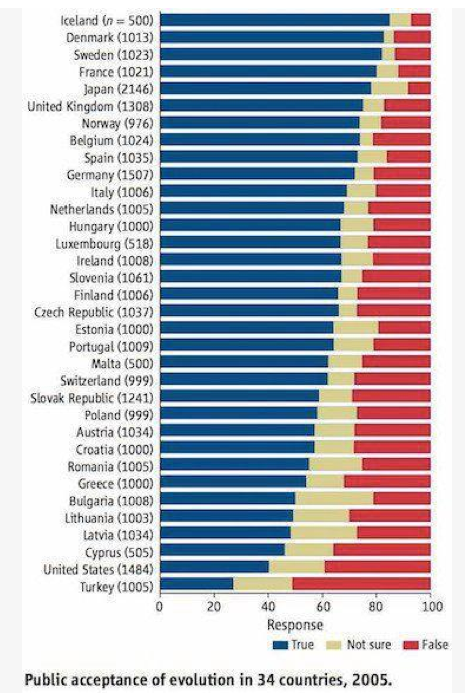 The frightening effect of religious propaganda on the mind . . .
Posted by quedula at 15:30 No comments:

An incident last night at a  Christian Science "lecture" entitled "Healing with Scientific Certainty Through Christ":-
Speaker: "I've never relied on medicine or been to a hospital...."
Robert Stovold*: "You've been to an opticians though, haven't you?"
So, emotive testimonies of people being brought back from the dead on one hand, and the speaker's glasses implying that prayer doesn't cure minor sight ailments on the other. Which is it reasonable to believe, do you think?
*Brighton & Hove Humanist Society.
Posted by quedula at 09:26 No comments:

The piercing insight of Bertrand Russell. Graphics by Byron Hudson
Posted by quedula at 20:34 No comments:

Email ThisBlogThis!Share to TwitterShare to FacebookShare to Pinterest
Labels: humour 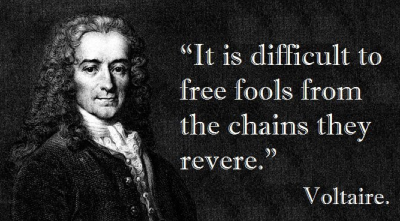 Email ThisBlogThis!Share to TwitterShare to FacebookShare to Pinterest
Labels: philosophy 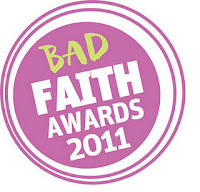 "It’s time once again for New Humanist readers to vote to decide who walks away with our annual Bad Faith Award. Now in its fifth year our award is a means of dishonouring the year's most outspoken enemy of reason. Previous winners include Sarah Palin, the Pope and last year's victor Sheikh Maulana Abu Sayeed, the head of the UK Islamic Sharia Council, for his assertion that it is not possible for a man to commit rape within marriage. 2011 has been a bumper year for irrationality (aren’t they all), and we’ve been flooded with nominations. We have whittled them down to a field of six arch adversaries of human advancement – take a look, make your choice, then deliver the click of shame using the poll below."
Read-on: Bad Faith Awards 2011: place your vote now

At the moment Nadine Dorries is in clear lead.

"A friend, an intelligent lapsed Jew who observes the Sabbath for reasons of cultural solidarity, describes himself as a Tooth Fairy Agnostic. He will not call himself an atheist because it is in principle impossible to prove a negative. But "agnostic" on its own might suggest that he though God's existence or non-existence equally likely. In fact, though strictly agnostic about God, he considers God's existence no more probable than the Tooth Fairy's.
Bertrand Russell used a hypothetical teapot in orbit about Mars for the same didactic purpose. You have to be agnostic about the teapot, but that doesn't mean you treat the likelihood of its existence as being on all fours with its non-existence.
The list of things about which we strictly have to be agnostic doesn't stop at tooth fairies and celestial teapots. It is infinite. If you want to believe in a particular one of them -- teapots, unicorns, or tooth fairies, Thor or Yahweh -- the onus is on you to say why you believe in it. The onus is not on the rest of us to say why we do not. We who are atheists are also a-fairyists, a-teapotists, and a-unicornists, but we don't have to bother saying so."

From "A Challenge to Atheists: Come out of the Closet", by Richard Dawkins.
Posted by quedula at 04:23 No comments:

How to argue with a muslim . .

Putting faith in its place.

A beautifully presented  demolition job on fuzzy faith-based 'reasoning', including William Lane Craig's.
Posted by quedula at 09:02 No comments:

THEIST: "I just want you to know Jesus loves you."
ATHEIST: "Actually, you realize Jesus is a direct ripoff of Dionysus and many other mythological characters from earlier cultures, complete with virgin births (divine father / human mother), execution and resurrection on the third day, a 2nd coming prophecy, and miracles like turning water into wine. There's no hard, historical proof that he ever existed, and if there was in fact a Jesus of Nazareth, he lived and died an ordinary human."
THEIST: (uncomfortable pause) "Uh. Um. Jesus still loves you."
Posted by quedula at 16:04 1 comment:

"The only thing we know for sure about the next President is that he won't be an atheist."
Posted by quedula at 05:05 No comments:

The latest Office of National Statistics Integrated Household Survey figures on religion reveal an extraordinarily rapid decline in Christianity in Britain. The figures, published this week, show that growing numbers of Britons are rejecting religious belief, with almost one in four now saying they have “no religion at all”


Keith Porteous Wood, NSS Executive Director, urged Ministers to reflect on the decline of religious belief as they sanctioned an ‘ever-increasing’ number of state funded faith schools, a move which was ‘marginalising the non religious’.”


Respondents throughout Britain were asked “What is your religion, even if you are not currently practising?” In 2011, 68.5% answered “Christianity”, compared with 71.3% in 2010. This roughly 3% decline over just one year is repeated over England, Scotland and Wales, building confidence in the figures. As might be expected, there was a reciprocal rise over the same period in the “no religion” category: 23.2% in 2011 compared with 20.5% in 2010.
From a National Secular Society article. Read on.
Posted by quedula at 07:50 1 comment:

I something good just because God says it is, or is it good anyway?
Posted by quedula at 16:06 1 comment: