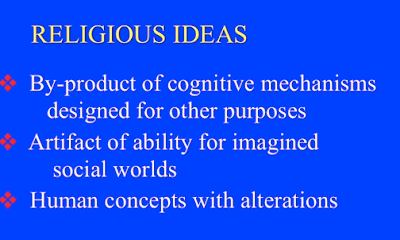 "The population of the United States is more than 300 million and it includes some of the best and brightest that the human species has to offer, probably more so than any other country in the world. There is surely something wrong with a system for choosing a leader when, given a pool of such talent and a process that occupies more than a year and consumes billions of dollars, what rises to the top of the heap is George W Bush. Or when the likes of Rick Perry or Michele Bachmann or Sarah Palin can be mentioned as even remote possibilities."
The Washington Post: Attention Governor Perry Evolution is a fact.
Posted by quedula at 07:11 No comments:

Why we believe in God(s) 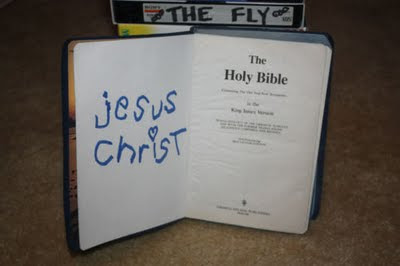 "You are bidding on an extremely rare copy of a "THE BIBLE."  written by. Jesus, et al.
What makes this copy so rare is that it is autographed by JESUS CHRIST himself!!!  It appears he has signed it using a royal blue Expo marker...which makes it even more valuable.
Book is 'like new' with some slight use.  I'm not pointing fingers at Jesus or anything, but someone has included some crudely drawn PENISES on a few of the pages.
I'm not sure there has been any other Jesus autographs to hit the auction markets, so this is your ONE AND ONLY CHANCE!!!
***  PLEASE NOTE  ***
AND THIS IS EXTREMELY EXTREMELY EXTREMELY IMPORTANT.... The VHS copy of "The Fly" is NOT included in the auction sale.  Thank you!"
Starting price only $1,000,000.69
This is going to really SOAR!
To bid go to:- http://www.ebay.com/itm/THE-BIBLE-Autographed-JESUS-CHRIST-himself-RARE-/160642753290?pt=US_Fiction_Books&hash=item25670de30a
Posted by quedula at 15:14 No comments:

Responsible department: Department for Education
"As it stands, the law requires all schools to hold an act of collective worship every day. Even in schools that aren’t ‘faith’ schools, this must be ‘broadly Christian’ in character. In a society which is increasingly diverse, this is an affront to the rights of young people to express their beliefs freely. Although there is the opportunity to opt out, this is reliant on parental permission and is not respected by all schools. The law is extremely unpopular, with opinion polls showing teachers don’t want it, parents don’t want it, and children don’t want it. As such, it is long past time for the daily act of collective worship to be replaced with inclusive assemblies that add to cohesion and a sense of community within the school. We petition the Government to repeal the requirement for compulsory collective worship in schools and to encourage schools to hold educational assemblies that will include all children, regardless of religion or non-religious belief."
http://epetitions.direct.gov.uk/petitions/2086
Posted by quedula at 14:45 4 comments: 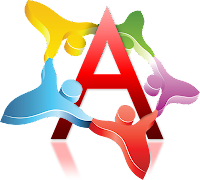 "This is your chance to finally be heard. This is our chance to stand up, speak out, and be counted. We want to provide a platform for atheists around the globe to see that they are not alone. Atheists come in all shapes, sizes, ages, and backgrounds. The only thing that we all have in common is that we don’t see any credible evidence to believe  in a god. It’s ok to be an atheist, and we want the world to know."


Join the London march for a Secular Europe 17th September 2011

The following is an extract from: "Why We Believe in god(s): A Concise Guide to the Science Of Faith." The author is psychiatrist J. Anderson Thomson, JR., MD.
“The human ability for self-deception is crucial to religious belief. If many believers could see their own minds more clearly, they would see that self-deception plays a role in their acceptance of faith.
Maybe there are ONLY atheists in foxholes. If the faithful truly and fully believe in a protective deity, why would they dive into a foxhole to protect themselves from the bullets whizzing by? A part of their brains knows damn well that if they do not protect themselves, the bullets will hardly discriminate between those who claim faith and those who reject it. They may say and think they believe, but their instinctive actions expose the lie.
Why do the faithful buy health insurance? House insurance? Most people live their lives as if there is no god. We stop at red lights, we put our children in car seats, and we act responsibly to protect our safety and the safely of those we love.
If a person is religious, he is an atheist in relation to others’ gods and the gods of history. He also will almost invariably live as an atheist in relation to his own worshipped deity.
We expect others to live as atheists too. We want them to stop at red lights and not assume we drive under divine protection. We in the West have become so used to religious people NOT really, truly, and fully believing what they say they  believe that we are startled when, as on 9/11, we encounter people who really do believe their religion and put their beliefs into murderous practice.”
Posted by quedula at 18:48 No comments:

Email ThisBlogThis!Share to TwitterShare to FacebookShare to Pinterest
Labels: Pope

AN OPEN LETTER TO THE CLERGY, MISSIONARIES & CHRISTIAN FRIENDS

Dear believer in Jesus,
Only out of common courtesy do I tolerate your efforts to share the Invisible Man in the Sky gospel with me. I know that much time and money has gone into your efforts; way out of proportion to the success rate of people actually accepting your delusional teachings. Therefore, I feel it only fair that first I reciprocate by sharing something important with you.
Before I consider your teachings I ask you in all honesty, Are you indeed “a True Christian?"
Read on . . . .
Posted by quedula at 07:06 No comments:

"Creationism and ‘intelligent design’ are not scientific theories, but they are portrayed as scientific theories by some religious fundamentalists who attempt to have their views promoted in publicly-funded schools. At the same time, an understanding of evolution is central to understanding all aspects of biology. Currently, the study of evolution does not feature explicitly in the National Curriculum until year 10 (ages 14-15). Free Schools and Academies are not obliged to teach the National Curriculum and so are under no obligation to teach about evolution at all. We petition the Government to make clear that creationism and ‘intelligent design’ are not scientific theories and to prevent them from being taught as such in publicly-funded schools, including in ‘faith’ schools, religious Academies and religious Free Schools. At the same time, we want the Government to make the teaching of evolution in mandatory in all publicly-funded schools, at both primary and secondary level."

The Virgin Birth and Occam's Razor

Pantaloon Descendo: The Virgin Birth and Occam's Razor: "In Christian myths, one of the central elements is the Virgin Birth -- the belief that Jesus Christ was the child of Mary and the Holy Ghost..."
Posted by quedula at 04:58 No comments:

Three epetitions have appeared on HM government website calling for disestablishment and the ending of religious privilege:-

If you are a UK citizen and believe that there is no good reason why people who believe in sky-fairies should be trusted with the business of government, why not sign all three?

Email ThisBlogThis!Share to TwitterShare to FacebookShare to Pinterest
Labels: Church of England, Religion and ethics, secularism

Britain is a riot

Something strange is happening to American teenagers. If you believe popular wisdom, young people are apathetic, cynical and jaded; or, they're supposed to be conformists whose overriding desire is to fit in and be popular. But if you've been paying close attention over the past decade, you might have seen any of a growing number of cases that conspicuously defy these stereotypes: stories of teenagers who have strong principles they're unashamed to display and which they're committed to defending, even at great personal cost, against the bullying of a hostile establishment.

Read on: Goodbye Religion? How Godlessness Is Increasing With Each New Generation | Belief | AlterNet
Posted by quedula at 18:30 No comments:

I think he means "peace" ironically.
Posted by quedula at 10:21 No comments: