Professor Lionel Tiger, a new face on the rationalist scene, delivers a laconic but very convincing summary of how the  workings of the human brain are involved in religion and eagerly 'consume' its effects.
Posted by quedula at 08:55 No comments:

The Ascent of Man 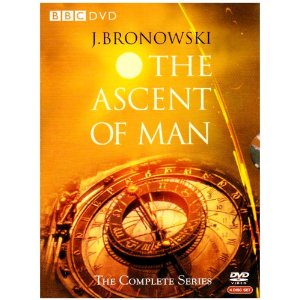 The Principle of Uncertainty is a bad name. In science or outside of it we are not uncertain; our knowledge is merely confined, within a certain tolerance. We should call it the Principle of Tolerance. And I propose that name in two senses: First, in the engineering sense, science has progressed, step by step, the most successful enterprise in the ascent of man, because it has understood that the exchange of information between man and nature, and man and man, can only take place with a certain tolerance. But second, I also use the word, passionately, about the real world. All knowledge, all information between human beings, can only be exchanged within a play of tolerance. And that is true whether the exchange is in science, or in literature, or in religion, or in politics, or in any form of thought that aspires to dogma. It's a major tragedy of my lifetime and yours that scientists were refining, to the most exquisite precision, the Principle of Tolerance, and turning their backs on the fact that all around them, tolerance was crashing to the ground beyond repair. The Principle of Uncertainty or, in my phrase, the Principle of Tolerance, fixed once for all the realization that all knowledge is limited. It is an irony of history that at the very time when this was being worked out there should rise, under Hitler in Germany and other tyrants elsewhere, a counter-conception: a principle of monstrous certainty.
When the future looks back on the 1930s it will think of them as a crucial confrontation of culture as I have been expounding it, the ascent of man, against the throwback to the despots' belief that they have absolute certainty. It is said that science will dehumanize people and turn them into numbers. That is false: tragically false. Look for yourself. This is the concentration camp and crematorium at Auschwitz. This is where people were turned into numbers. Into this pond were flushed the ashes of four million people. And that was not done by gas. It was done by arrogance. It was done by dogma. It was done by ignorance. When people believe that they have absolute knowledge, with no test in reality, this is how they behave. This is what men do when they aspire to the knowledge of gods. Science is a very human form of knowledge. We are always at the brink of the known; we always feel forward for what is to be hoped. Every judgment in science stands on the edge of error, and is personal. Science is a tribute to what we can know although we are fallible. In the end, the words were said by Oliver Cromwell: 'I beseech you, in the bowels of Christ: Think it possible you may be mistaken.' We have to cure ourselves of the itch for absolute knowledge and power. We have to close the distance between the push-button order and the human act. We have to touch people.
From 'The Ascent of Man', the 1973 BBC TV documentary. The epic, enthralling journey through mankind's achievements, movingly conducted by the polymath, Dr. Jacob Bronowski (1908 -1974).
Posted by quedula at 19:47 No comments:

All text taken from Christian Fundamentalist Forums. Listen & squirm with embarrassment.
Posted by quedula at 08:34 No comments:

How can anyone doubt but that he speaks the simple TRUTH about the origins of the Bible?
Posted by quedula at 18:52 No comments: 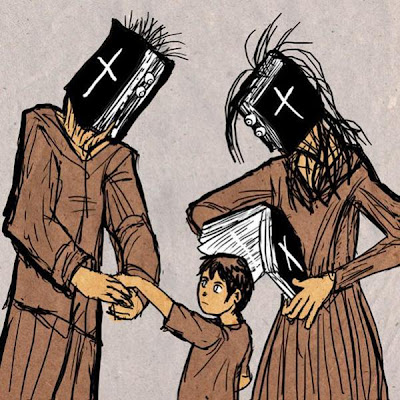 Two Bibleheads about to strap a bible to their offspring's head.
Posted by quedula at 17:50 No comments:

I don't really know if Jesus was an early Marxist and I don't really care enough to read up about it, but you only need to do a quick Google to see that the proposition has been much discussed.

However if I was an ardent Marxist and claimed Jesus to be one too, I would be praising him by my lights wouldn't I? Isn't that what Xtians want me to do?

Why then are the commenters on this blog so upset? I quote for example:-

"Go ahead and amuse yourself taunting God fearing people Quedula. Your game will turn to torment. You have gone into a place where any sensible person would NEVER go. Your words will echo in your ears. I urge you to change your course, or at least consider it. If you choose to ride out your remaining time as is...then so be it and goodbye."

"What religion and the religious fear most of all is ridicule because what they believe is
absurd. Deep down they all know that. We give far too much credence to 'the mirthless cretins of jihad'. Much better to point and laugh at all such fundamentalists of whatever creed. They feed and thrive on our pusillanimous silence and respect for their beliefs."
~ Paul Owen. (There are several Paul Owens. I think this one is probably the Guardian journalist).

"Religious faith can give people a sort of hyperbolic confidence, an utter unconcern about whether they might be making a mistake, that enables acts of inhumanity that would otherwise be unthinkable." ~ Daniel Dennett. (and you all know who he is).
Posted by quedula at 16:32 No comments:

US Christians & their guns

Quedula is gratified to learn that her various comments on Rural Revolution have inspired a spirited defence of  American gun ownership.

I think the arguments go something like this:-
Some connection perhaps? 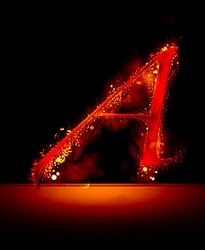 A concept ripped off mercilessly from Platitude of the Day but applied to the Saturday Times' Credo column. Imitation is the sincerest form of flatter.

How do we know that Christians are delusional?


Get outside your bubble of delusion.

The Display of Crucifixes

Images of a man writhing in agony have no place in any educational establishment, excepting perhaps a theological college: certainly not in a primary school. It is extraordinary how christians are blinded by their weird beliefs from considering the emotional vulnerability of the developing mind and to the general requirements for some degree of reticence when expressing their sado-masochistic fantasies.