Email ThisBlogThis!Share to TwitterShare to FacebookShare to Pinterest
Labels: christianity, Religion and ethics

Why atheism is winning

"Why atheism is winning is because when a belief structure has no empirical basis, it only survives by everyone agreeing to maintain the illusion that it makes sense. It is the emperor's new clothes syndrome. But such beliefs are highly prone to sudden collapse as soon as it begins to be pointed out that there is nothing there. Once a tipping point is reached, changes in unsupported beliefs (whether it be god or racism and homophobia) can occur very rapidly.
Religion is more tenacious but even there I think that the switch to largely disbelief will occur within a couple of generations (maybe an extra generation in the Islamic world) as people realize that religion is little more than superstition and lies at the heart of many problems. The communication revolution, in addition to spreading the ideas of modernity to an ever-widening audience, will create a greater awareness, especially among young people, that one's religious beliefs are largely a product of where one is born and brought up, and not because they are self-evidently true.. Once you give up the idea that your own religion is obviously true, it is a short step to not viewing religion as a source of truth at all.
On the level of simply ideas, religion is losing because fewer are converting into religion than are converting out, especially amongst the young. That is the demographic time bomb that is going to doom religion. It is what is also working against racism and anti-gay bigotry. Attitudes that have no empirical basis persist mainly because people 'inherit' it from their parents, in that children learn these things at an early age from their families. It is unlikely that someone who grows up in a family that is accepting of people of other races and gays will turn against those views, while the reverse happens more frequently as modernity expands."
from Dr. Mano Singham's blog on "Why atheism is winning".
Posted by quedula at 08:17 1 comment:

Why I left Islam

"Scientific education and religious education are incompatible. The clergy have ceased to interfere with education at the advanced state, with which I am directly concerned, but they have still got control of that of children. This means that the children have to learn about Adam and Noah instead of about Evolution; about David who killed Goliath, instead of Koch who killed cholera; about Christ's ascent into heaven instead of Montgolfier's and Wright's. Worse than that, they are taught that it is a virtue to accept statements without adequate evidence, which leaves them a prey to quacks of every kind in later life, and makes it very difficult for them to accept the methods of thought which are successful in science." ~ J.B.S. Haldane
Posted by quedula at 03:57 1 comment:

The empty name of God

"I would wish people to live without superstition, to govern their lives with reason, and to conduct their relationships on reflective principles about what we owe one another as fellow voyagers through the human predicament – with kindness and generosity wherever possible, and justice always. None of this requires religion or the empty name of “god”. Indeed, once this detritus of our ignorant past has been cleared away, we might see more clearly the nature of good, and pursue it aright at last." ~ A C Grayling

Some quotes for certain US readers . . .

Life and the Universe

"Just as we and all life on Earth stand on this tiny speck adrift in infinite space, so life in the universe will only exist for a fleeting, dazzling instant in infinite time, because life, just like the stars, is a temporary structure on the long road from order to disorder.

But that doesn’t make us insignificant, because life is the means by which the Universe can understand itself, if only for an instant. And this is what we’ve done in our brief moments on Planet Earth. We have sent space probes to the edge of our solar system and beyond; we have built telescopes that can glimpse the oldest and most distant stars and we have discovered and understood at least some of the natural laws that govern the cosmos. This, ultimately, is why I believe we’re important. Our true significance lies in our continuing desire to understand and explore this beautiful Universe."

~ Brian Cox. Wonders of the Universe
Posted by quedula at 19:31 No comments:

"Why I get angry at religion" - Richard Dawkins


I would have loved to have seen Alistair McGrath's response. (If any were possible!)
Posted by quedula at 13:47 11 comments: 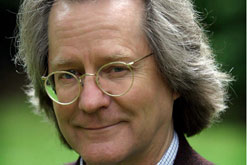 by A C Grayling on Richard Dawkins.net
One thinks with sorrow of the hundreds of thousands whose lives have been horrendously lost or affected by the great Japanese earthquake and tsunami, which will put a black mark against this year 2011 in the annals, coming so soon after the earthquake that hit Christchurch in New Zealand. The events are almost certainly linked tectonically, reminding us of the vast forces of nature that are normal for the planet itself but inimical to human life, especially when lived dangerously close to the jigsaw cracks of the earth’s surface.

Someone told me that there were to be special prayers in their local church for the people of Japan. This well-intentioned and fundamentally kindly proceeding nevertheless shows how absurd, in the literal sense of this term, are religious belief and practice. When I saw the television footage of people going to church in Christchurch after the tragic quake there, the following thoughts pressed.

Read more.
Posted by quedula at 18:49 No comments:


Nearly an hour of compelling video. It is amusing to watch RD gradually going pink in the face with the effort to stay polite! One wonders if he should even have accepted this invitation. He obviously forgot the saying, "Never argue with an idiot because the best you can do is win an argument with an idiot."
Posted by quedula at 17:12 No comments:

Why Atheism will replace religon 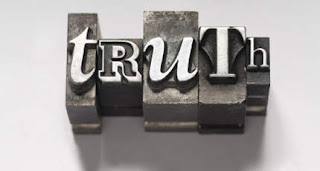 "Atheists are heavily concentrated in economically developed countries, particularly the social democracies of Europe. In underdeveloped countries, there are virtually no atheists. Atheism is thus a peculiarly modern phenomenon. Why do modern conditions produce atheism?"
From "Psychology Today". Read article.
Posted by quedula at 04:13 1 comment: 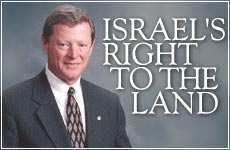 "I believe very strongly that we ought to support Israel, and that it has a right to the land, because God said so. In Genesis 13:14-17, the Bible says: "The Lord said to Abram, "Lift up now your eyes, and look from the place where you are northward, southward, eastward and westward: for all the land which you see, to you will I give it, and to your seed forever... Arise, walk through the land in the length of it and in the breadth of it; for I will give it to thee."
That is God talking. The Bible says that Abram removed his tent and came and dwelt in the plain of Mamre, which is in Hebron, and built there an altar before the Lord. Hebron is in the West Bank. It is at this place where God appeared to Abram and said, "I am giving you this land" -- the West Bank. This is not a political battle at all. It is a contest over whether or not the word of God is true."

So that settles it then?
Israel's right to the land
Posted by quedula at 15:39 1 comment:

A compilation from Facebook of Americans' "knee-jerk" reactions to the Japanese catastrophe.  Hat tip: Pharyngula, "I hope these people aren't your friends"
Posted by quedula at 08:47 No comments:


This video might help Bill O'Reilly who has a problem understanding the tides.

Email ThisBlogThis!Share to TwitterShare to FacebookShare to Pinterest
Labels: politics, Religion and ethics

Platitude of the Day

"Nuts & Reasons" confesses to having become seriously dependent on a daily fix from "Platitude of the Day". This has, for many years,  been providing a comic satirical transcription of the much criticised BBC Radio 4, 5 minute religious slot, "Thought for the Day".

"One of the great things about being a priest is that you get to see so many people die. There's nothing I enjoy more than watching one of my parishioners die. Of course it's not the way it used to be. Parishioners used to die at home, often in excruciating pain. Now they're taken to a hospital, drugged up to their eyeballs and connected to the machine that goes ping!"
Wonderful stuff. You can read the rest here.
Posted by quedula at 08:50 4 comments: 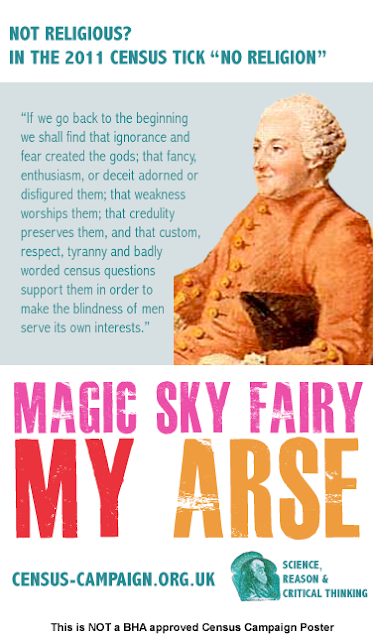 The allure of religion

Part of the allure of religion is that it suppresses one's perception of one's own ignorance.
It's a scary world out there, and it was even scarier back when religions arose. Back then it was virtually impossible to acquire knowledge of anything, without a lot of work, and/or access to information, all of which was not readily available, much less capable of being obtained.
So having a book handed to you with the explanation that it contains everything you need to know is very comforting, allowing you to believe that you are far more in control of your scary world than you would be otherwise. It's delusional, but for most people not being hit by lightning, or succumbing to infectious diseases, or being killed by natural disasters, there is no reason to believe otherwise. And those exceptions, well, they can be rationalized away too, simply by referring to this book.
With such a handy dandy guide to life, you really don't need to even think about or acknowledge your real ignorance.
Life might still be a bitch, but at least you feel good about yourself.
See also:  "The Dunning-Kruger Effect."
(The above has been slightly adapted from a comment on "Debunking Christianity" by "The Spanish Inquistor". I thought it needed a wider circulation.)
Posted by quedula at 10:02 1 comment:

"You can safely assume that you’ve created God in your own image when it turns out that God hates all the same people you do."
~ Anne Lamott (b.10/04/1954); American novelist and non-fiction writer; political activist, public speaker and writing teacher.
Posted by quedula at 18:34 1 comment:

Where sheep may safely graze . . . 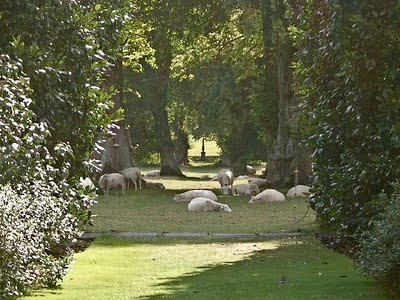 You may not think, "Yummy - lamb chops", but they owe their existence to those who do. Discuss . . .
Downland sheep.
Posted by quedula at 08:28 1 comment:

Email ThisBlogThis!Share to TwitterShare to FacebookShare to Pinterest
Labels: vegetarianism

A blog about surviving abuse in childhood.
Go to: http://malcolmrichard.wordpress.com/
Posted by quedula at 16:26 2 comments:

Billy Connolly - Religion is over

Stewart Lee gets a revelation. . .
Posted by quedula at 10:28 No comments:

God will fuck you up

And now for some light relief . . .
Hand Of The Almighty - John R. Butler
- Watch more Videos at Vodpod.
Posted by quedula at 13:53 No comments:

‘New Atheism’ serves as logical explanation against religious beliefs - Daily 49er - Opinion
"The concept of religion — when stripped of all its fantastical and impossible-to-prove claims — is an enabling agent which gives people a reason to look down on others and presume a holier-than-thou mentality. When stripped down further, it is comparable to the practice of slavery: I am higher up than you are, so I can own you; I am a believer and you aren't, so I am more righteous than you."
Posted by quedula at 06:56 1 comment: